A Land of Extreme Environments 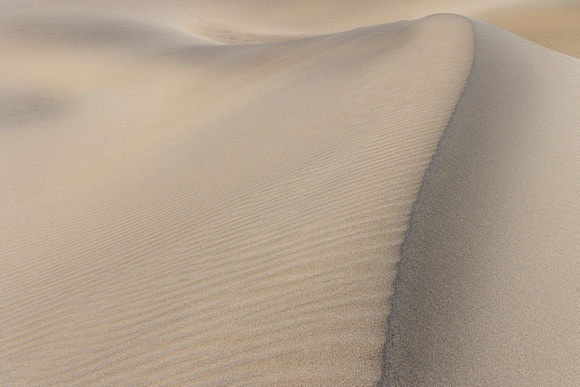 Death Valley National Park originally was designated as a national monument in 1933 and became a national park in 1994.  It is a valley of extremes: extreme temperatures, extreme environments, extreme weather conditions and extreme size. 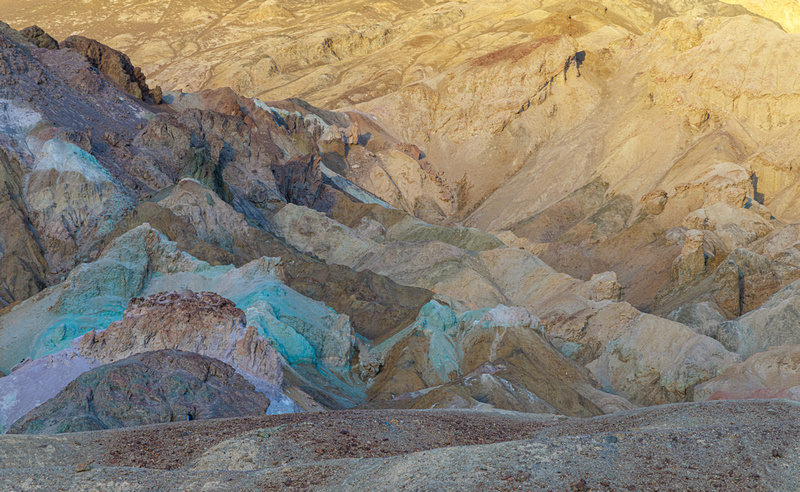 What I witnessed were snow peaked mountains, snow, rain, and sunshine all occurring at the same time.  An extreme event for sure, but a nature and landscape photographer’s dream!

Elevations in Death Valley National Park range from a low of 282 feet below mean sea level (msl) at Badwater Basin to 11,048 feet above msl at Telescope Peak. This dramatic change has created extreme environments from snowcapped mountains to dried up salt flats, sand dunes and flood-driven canyons. 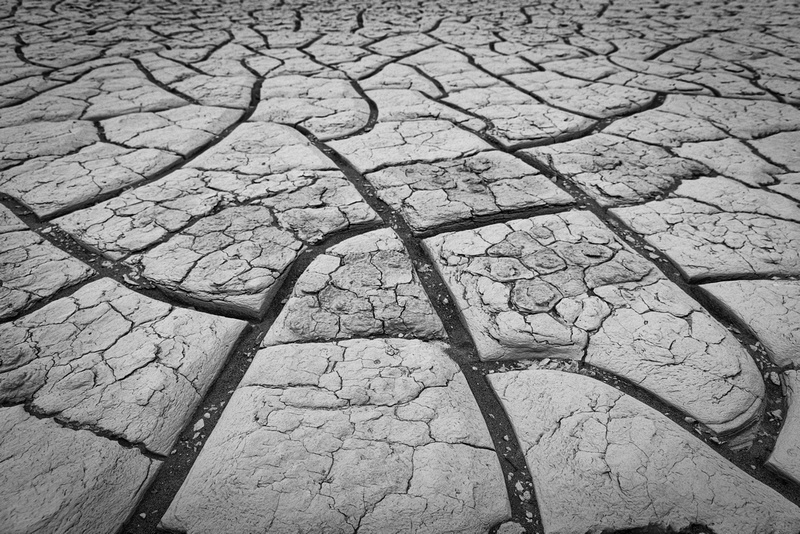 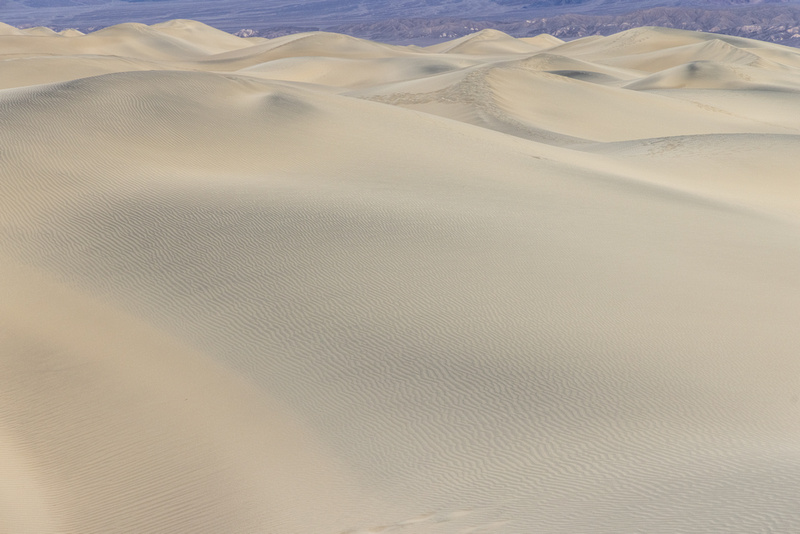 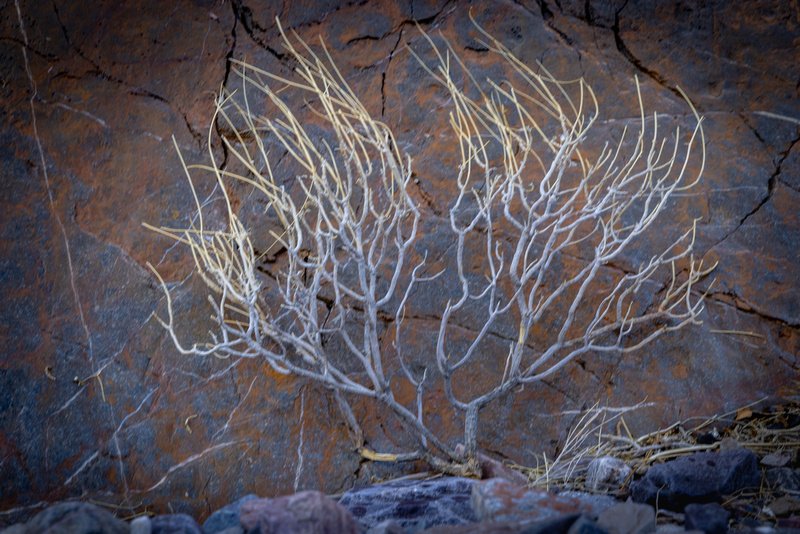 Plants will grow in harsh environments 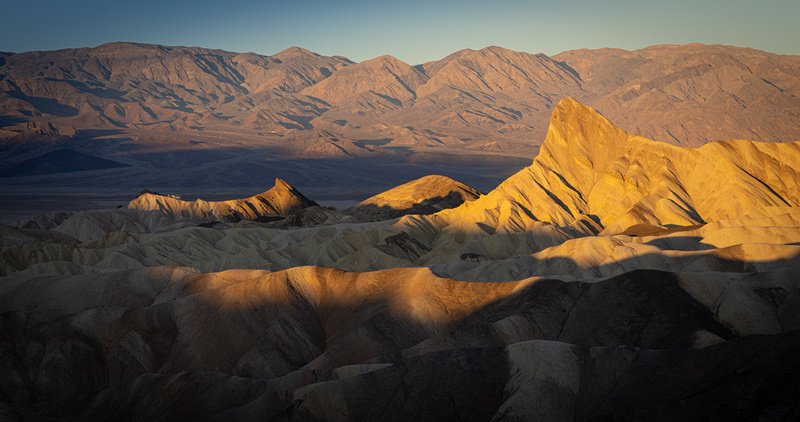 The geology of Death Valley National Park is quite fascinating and has a complex geologic history way too long to explain in detail in this article. (Insert Rock Formation Photo) Suffice to say Death Valley is composed of ancient seas, warped mountains, volcanic activity, with much of this created by erosion and deposition. For example, beneath Badwater Basin lies more than 11,000 feet of accumulated sediment and salts.

The extremes of climatic changes are no stranger to Death Valley. During the last major Ice Age, the valley was part of a vast system of lakes. These lakes disappeared approximately 10,000 years ago and left behind vast fields of salt deposits. Sodium chloride, table salt, makes up the majority of the salts found in Badwater basin. (Insert Photos of Salt Deposit-1 or-2) About 2100 years ago a volcanic explosion created the Ubehebe Crater, (Insert Ubehebe Crater-1 or-2) an interaction between the hot, molten materials coming in contact with groundwater. 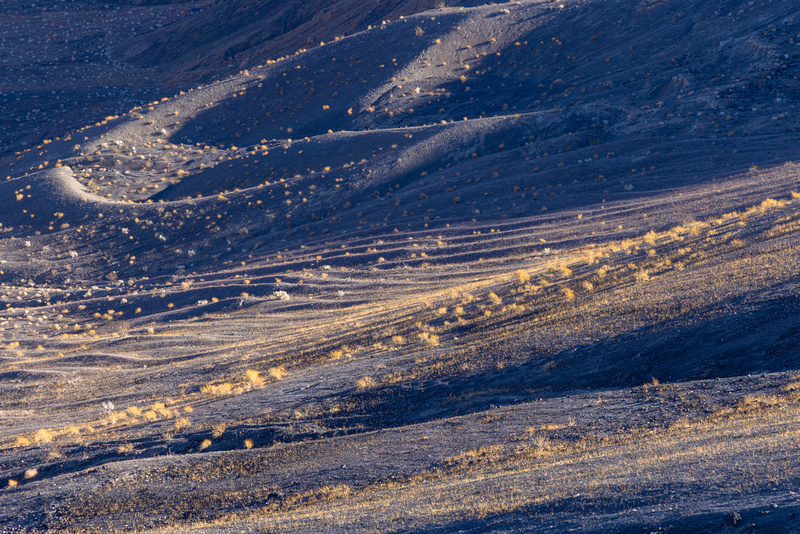 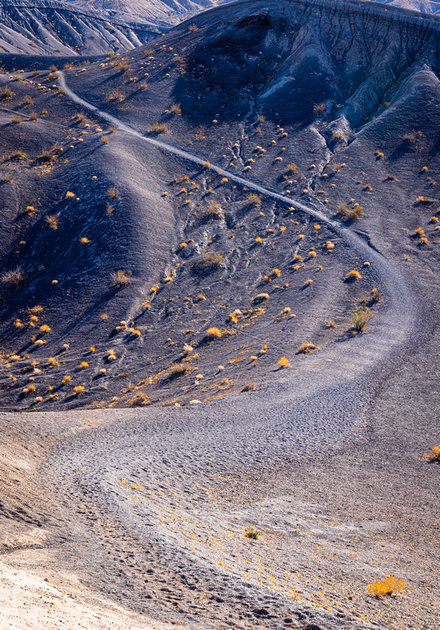 A trail around Uehebe Crater

The size of Death Valley National Park is the largest national park in the lower 48 states at 5,270mi2.

In closing I will say the visit to Death Valley National Park was fascinating to photograph in a stark, desert environment, but one that begs a return to capture more of this extreme place.