How I got the Shot

In June of 2022, my family and I made a vacation trip to North and South Dakota to visit the national parks in each state. We also visited South Dakota’s Black Hills and Custer State Park. It was during our visit to Badlands National Park that we witnessed a once in a lifetime event. The picture below shows our location on the Sage Creek Rim Road within the park.

We noticed a severe thunderstorm coming our way from the west and I realized we could be in for a dramatic moment, but I was not prepared for the event that unfolded as the thunderstorm passed by us. We were on the road Looking for bison as the storm approached. The storm lasted about 20 minutes. Once the storm passed to our east, the sky started to open up to our west. As it did, it cast a double rainbow arching through the angry clouds that were moving east with the storm. 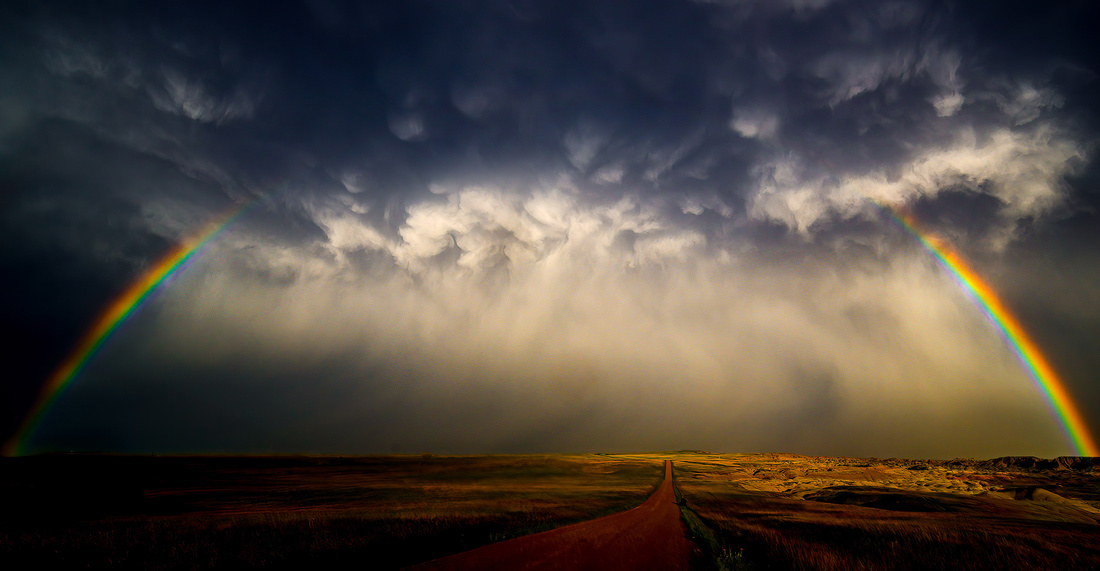 This picture only shows a single rainbow because my location prevented me from capturing the entire scene with my 15mm lens.

As the storm passed and the double rainbow appeared, I knew this was a once in a lifetime opportunity to capture nature in all its splendid glory. I grabbed my camera and tripod from the vehicle and setup in the middle of the road to capture the moment at the right time. The photo above is the result. My camera settings for this photo were1/200 sec shutter speed, ISO 160, F/8, 15mm Rokinon lens and a Canon R5 mirrorless camera. The rainbow lasted for well over 30 minutes and allowed me to capture a couple of other iconic pictures. This photograph was awarded The Judges’ Choice Award in the North American Nature Photographers Association Showcase 2023 competition. 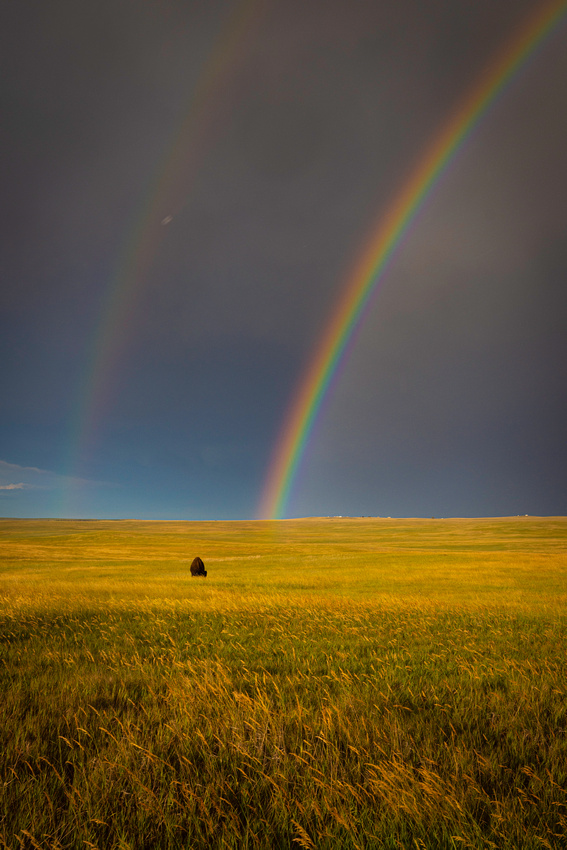 In western movies we see the wide-open spaces of the west and the dramatic scenery. This photo captures the essence of what the west is. A double rainbow, golden grasslands and a bison, captured in one photograph, truly depicts an iconic image of the west.

As the storm passed, Mammatus clouds developed, flanked on the left by a rainbow. Mammatus clouds can be cumulonimbus or cirrus clouds that have pouch-like shapes hanging out the bottom. The pouches are created when cold air within the clouds sinks down toward the Earth. 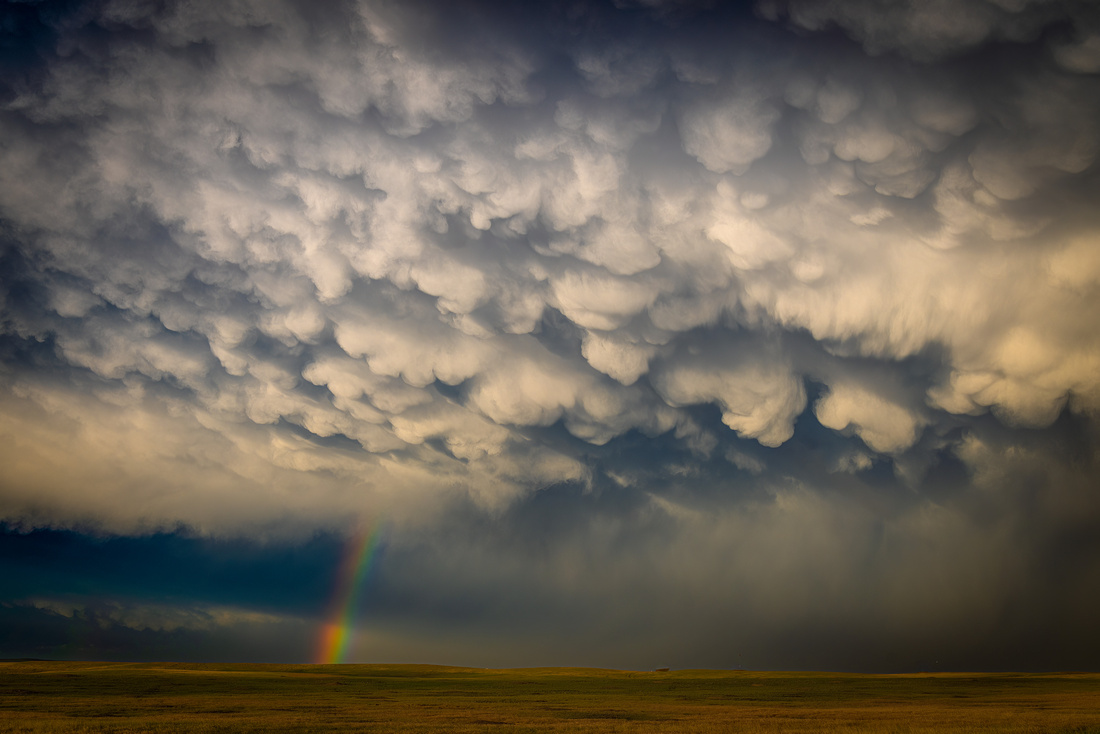